Journey through the most important events of the last seven centuries to discover the mysteries of Utrecht’s unique, iconic monument. 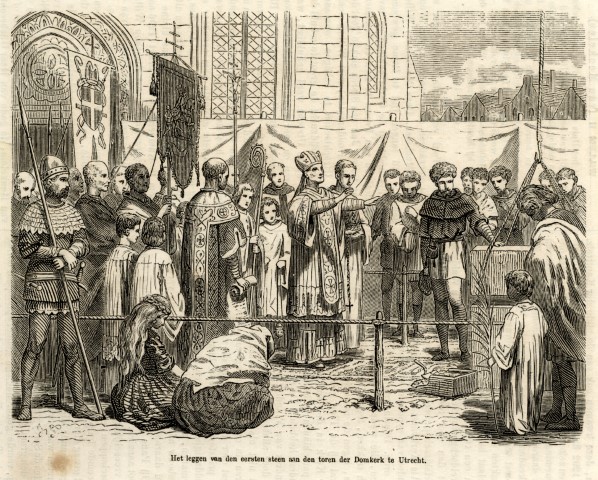 On 26 June 1321, it was a festive, sun-drenched day in Utrecht. The entire city gathered as the foundation stone was laid for what would later become the Dom Tower. 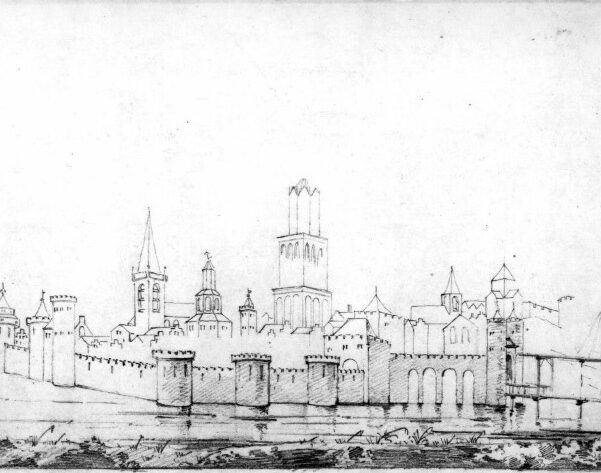 After more than 60 years (!), construction of this symbol of Christianity and church power was finally complete. There it stood, the tallest tower in the low lands. 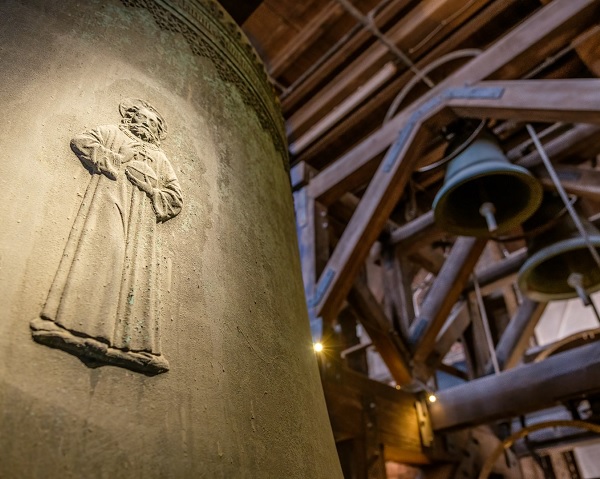 Thirteen church bells were cast by the famous Dutch bellfounder Geert van Wou. Each bell had its own name and sound. Combined, they weighed more than 30,000 kilos.

Today, you can see the bells with your own eyes during the staircase tour. By the way, did you know they are still rung by hand? The Utrecht Bellringers Guild (UKG) has been ringing the bells since 1979. 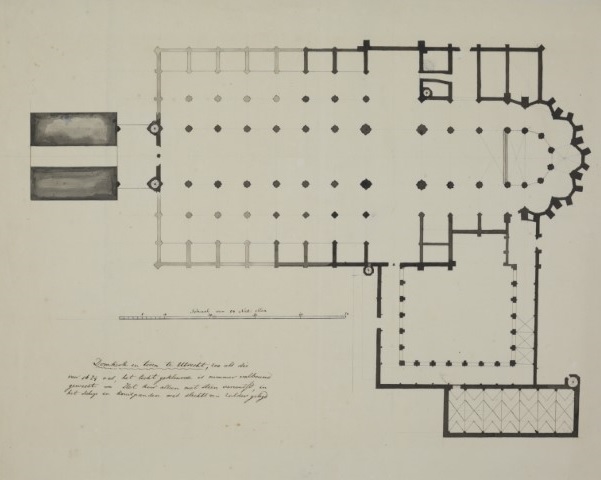 The Dom Tower’s first restoration occurred between 1519 and 1525.

The church octagon was repainted white. This massive job took 2.3 tons of white lead mixed with linseed oil to complete. 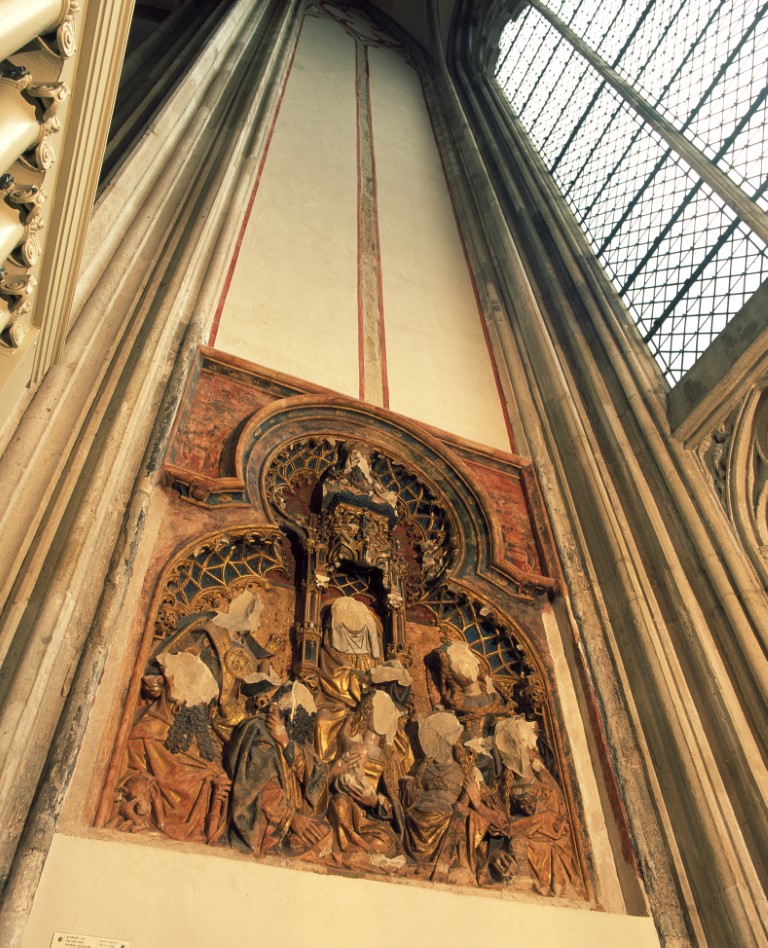 Iconoclasm in the Netherlands

The year of Dutch iconoclasm. Catholic relics and sculptures were destroyed and the Dom was reformed as a protestant church. 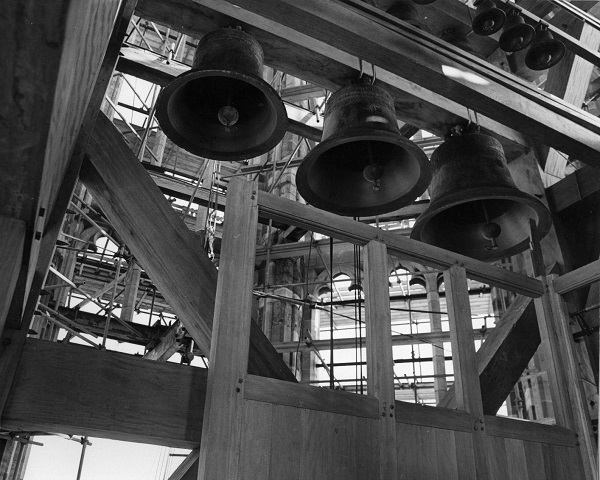 The Hemony brothers supplied 35 bells for the tower’s new carillon, weighing a total of 13,545 kilos. More than twice the weight of an elephant! 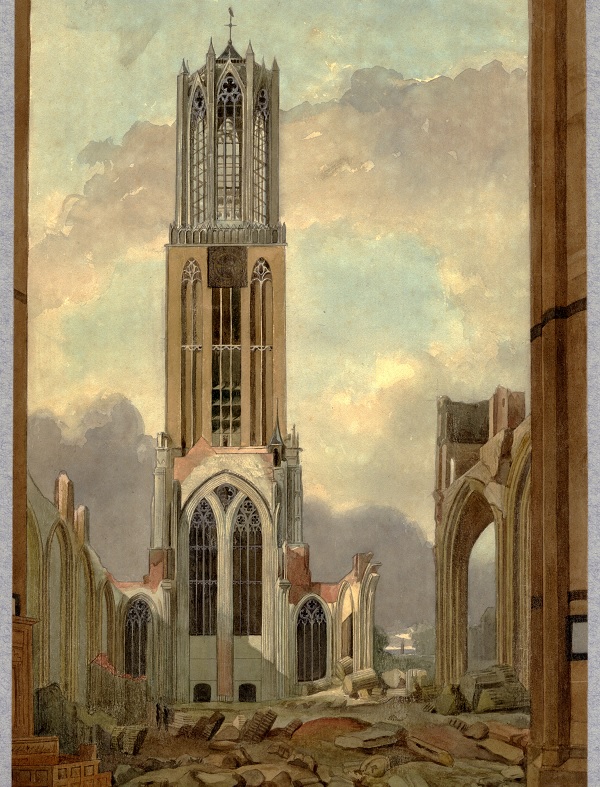 A storm of destruction

It was a warm summer evening on 1 August 1674 when a gruesome tornado cut through Utrecht destroying everything in its path. Dom Church’s nave collapsed, separating church from tower. 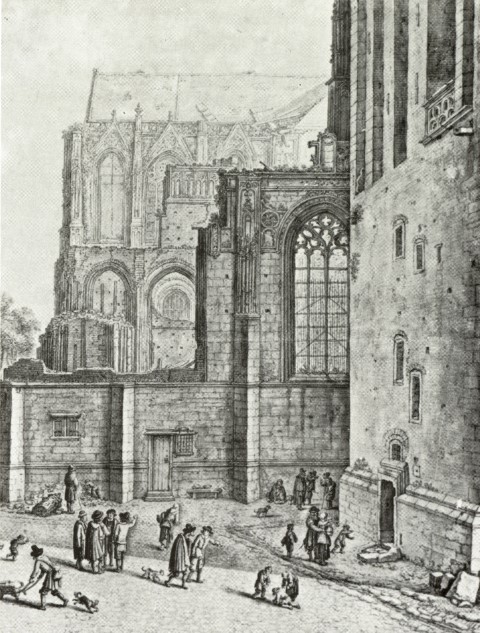 When, in 1674, the church became separated from the tower, the Dom Tower became a secret meeting place for ‘sodomites’, homosexual men.

This came to a sudden end around 1830 when the tower guard caught two men in the act, exposing a network of sodomites. The men were tried and sentenced to death, as was the case for many back then. The Dom Tower, church and nave soon became the epicentre of what would become the largest persecution of homosexuals in the Netherlands. 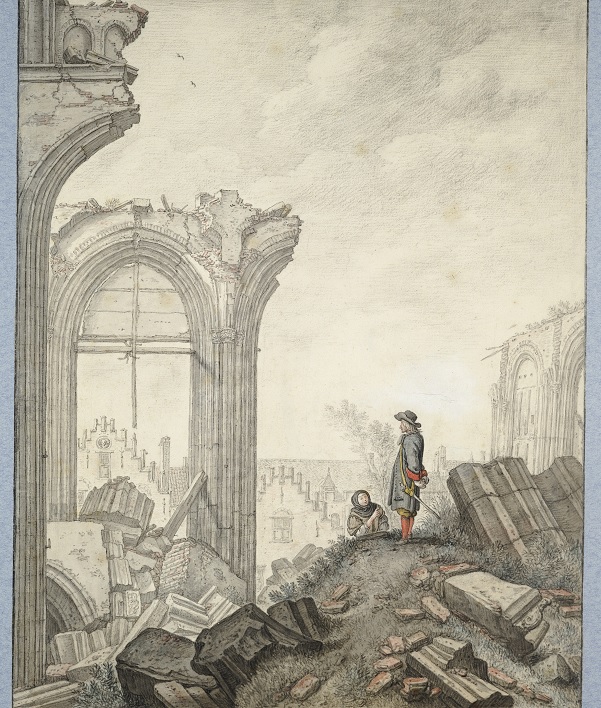 Not until 200 years after the terrible storm of 1674 was the rubble from the collapsed nave removed, making way for what is today known as Dom Square. 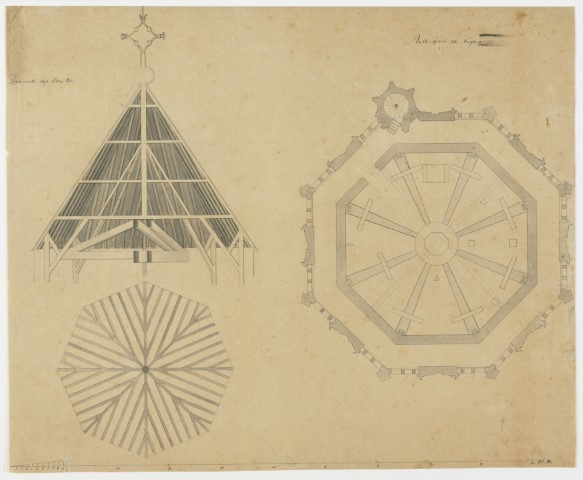 The Dom Tower was in bad shape. Some even called for its demolition. Thank goodness, this was rejected! In 1836, just as the Dom was close to collapsing, the tower received a much-needed makeover that would last five years. 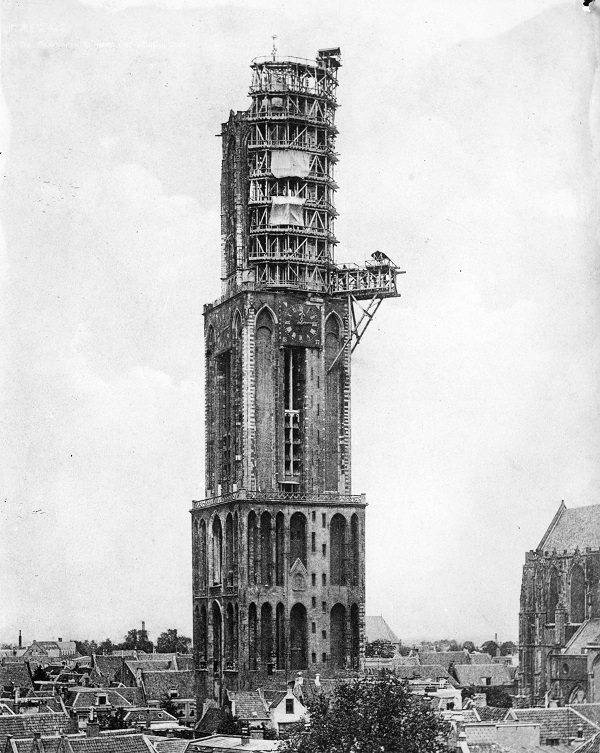 The Dom Tower underwent a complete restoration between 1901 and 1930. The spire was fitted with a new roof, raising the structure to a height of 112.32 metres. A reception building and a grand staircase were also constructed. 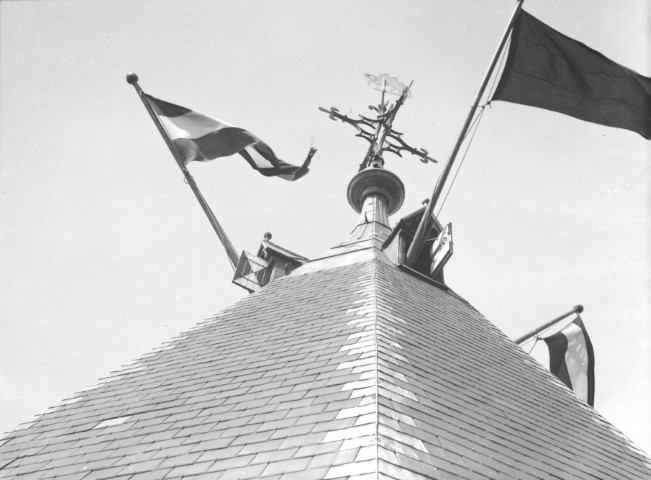 The liberation of Utrecht

On 7 May 1945, at the end of WWII, Utrecht was officially liberated.

A remarkable occasion, marked by the Dutch flag being flown atop the Dom Tower – of great symbolic importance at the time. For the first time since the Netherlands surrendered in 1940, the Dom Tower church bells woke the people of Utrecht to a dearly begotten liberty. Lasting 30 minutes, it was an emotional moment, ending five years of occupation and ringing in the start of the festivities. 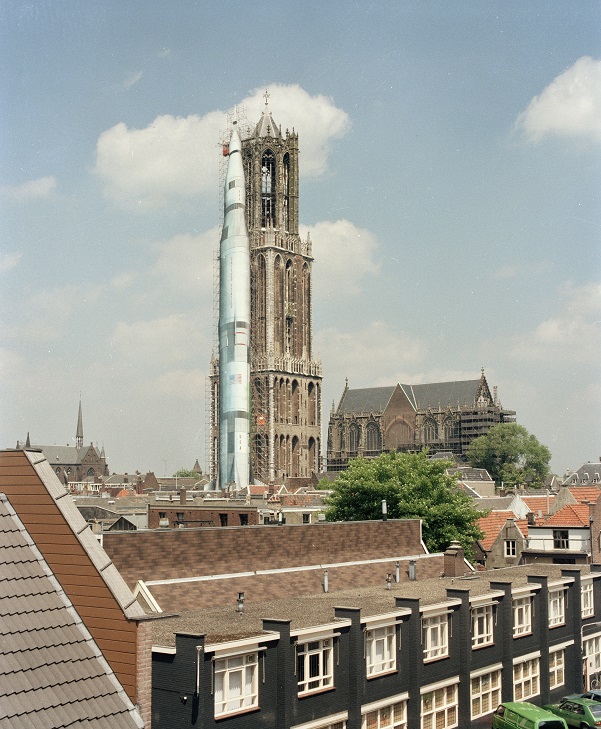 The Dom Tower gained a new neighbour for a few months: a wooden replica of the Saturn V rocket, the heaviest space vehicle ever flown.

An initiative of the well-known Dutch astronomer Chriet Titulaer, the model was designed to promote the Space ’86 exhibition. The rocket and the Dom Tower were almost the same height, allowing the public to appreciate the rocket’s massive size. 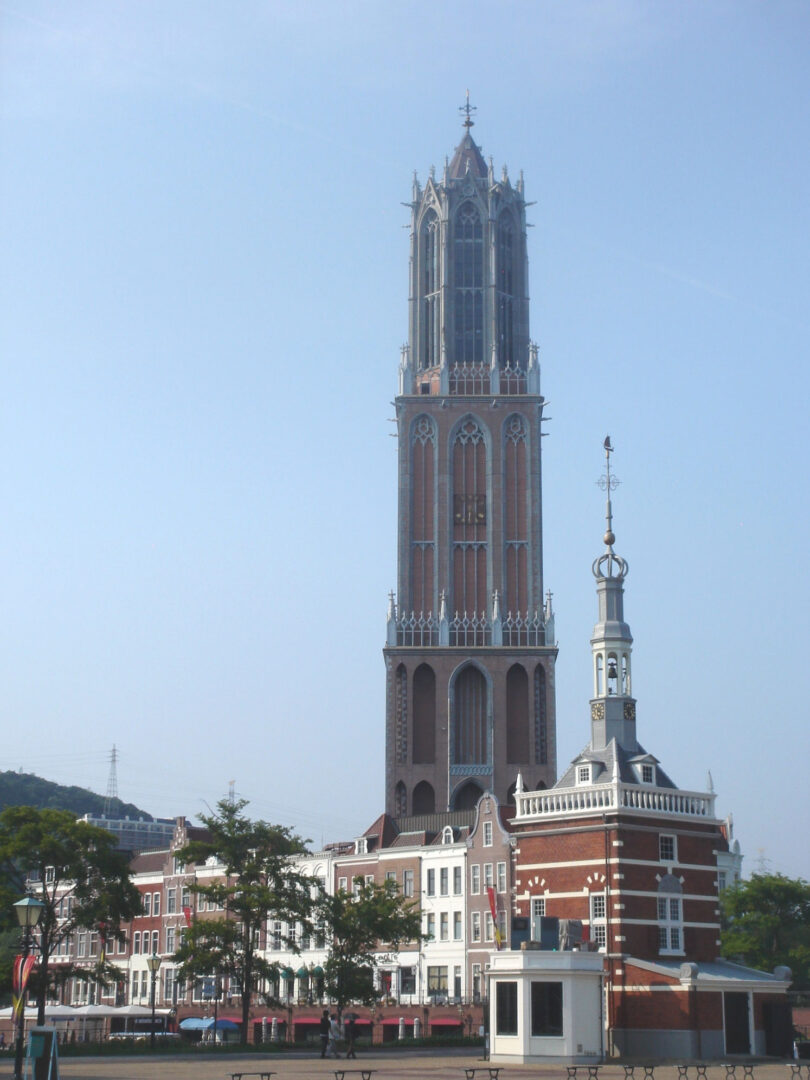 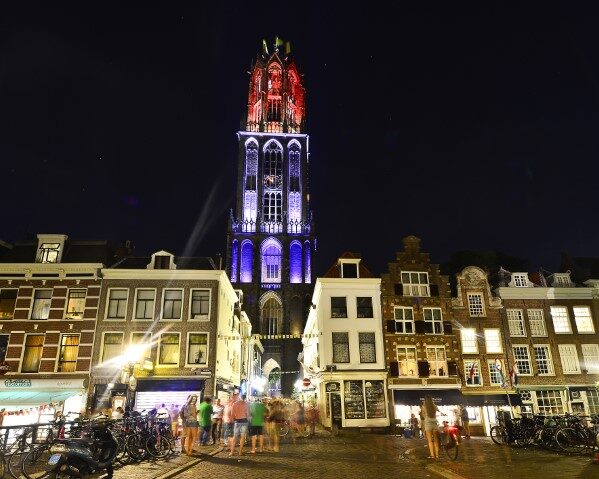 On 5 July 2015, the Tour de France passed below the Dom Tower. The French cycling classic started in Utrecht and the peloton was cheered on by thousands in Dom Square. 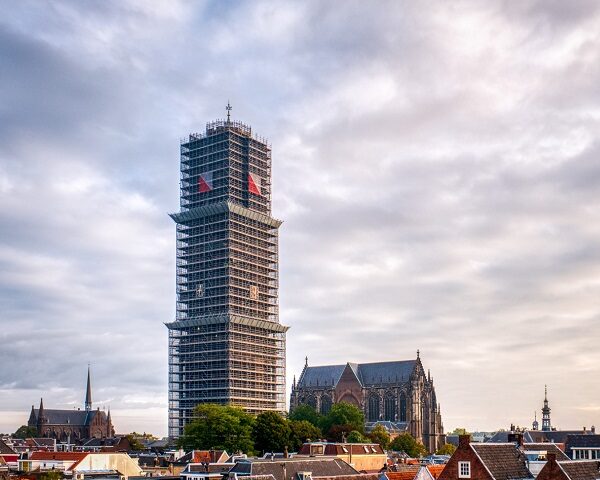 After several maintenance jobs and smaller restorations over the years, it was finally time for another complete restoration of the tower’s exterior.

Click here to learn more about the ongoing restoration of the Dom Tower.

The Dom Tower is open all year round. In addition to our regular guided tour and the lift tours in the summer, we regularly organize other activities and special tours in the tower. Check our agenda for more.

Book tickets with ease for your staircase or lift tour in advance via our online ticket shop or the Tourist Information Centre at Domplein 9. This is also the starting point for guided tours of the Dom Tower. Please note: it is not allowed to take (hand) bags into the Dom Tower. We provide free lockers for this.

* basic rates on Fridays, Saturdays and Sundays as well as on public holidays and regional school holidays.

Combination tour ‘Under & Up de Dom’

Discover 2000 years of Domplein from top to bottom in 60 minutes. You visit the excavation of DOMunder under the Domplein and then take the stairs or elevator up the Domtoren.

NB! This visit is only given in Dutch!

Get a great deal by purchasing a combination ticket for a visit to both the Dom Tower and Museum Speelklok!

Please note: this combination ticket is valid for 7 days and is not available through our digital ticket shop. Tickets are only for sale at the cash desk of Museum Speelklok or in the Utrecht Winkel / VVV on Domplein 9.